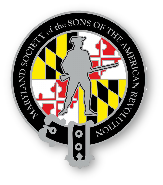 Tench Tilghman (December 25, 1744 – April 18, 1786) was an officer in the Continental Army during the American Revolutionary War. He served as an aide-de-camp to General George Washington, achieving the rank of lieutenant colonel.

Tilghman rose to become a trusted member of Washington's staff. The historic events of the time sparked his transformation from a privileged family member of Loyalists to a dedicated Patriot. He paid a high price, facing tragedies including a split with Loyalist members of his family, and illness and an early death from disease contracted during the American Revolutionary War.

At the start of the Revolution, Tilghman ran a saddle-making business, which suffered when the Non-Importation Resolution made it impossible to import British goods. Because Tench supported the resolution, Tories burnt down his shop.

Tilghman enlisted in the Pennsylvania Militia but was soon assigned to the Continental Army. On August 8, 1776, he received a commission as Washington's aide-de-camp. He served Washington as confidential secretary for an additional three years. During the Battle of Monmouth in 1778 and afterwards, Tilghman distinguished himself as one of a handful on Washington's staff fluent in French, which enabled him to interpret written and verbal communications between Washington, Lafayette, Von Steuben, and commanders of the Continental Army's French allies.

Tilghman's Patriot loyalties split his family. He became the first among his eleven siblings to join the Revolutionary cause. Most of the Tilghman family served the King, as did many other rich families at that time. His brothers Richard and Philemon served in the British military. Another brother, William Tilghman, wanted to follow in their father's path and study law in England, which created a professional conflict for Tench Tilghman, who refused him passage to England on June 12, 1781.

I am placed in as delicate a situation as it is possible for a man to be. I am, from my station, a master of the most valuable secrets of the Cabinet, and the master of the field and it might give cause of umbrage and suspicion at this critical moment to interest myself in procuring the passage of a brother to England.

The Siege of Yorktown in October 1781 culminated in a Patriot victory and an honor for Tilghman, whom Washington picked to carry the surrender papers to the Continental Congress in Philadelphia. Poets Dr. Oliver Huchel and Howard Pyle each considered Tilghman a hero for that ride. Tilghman's own journal entry was terse:

In the morning Lord Cornwallis put out a letter requesting 24 hours must be granted to the commissioners to settle terms of capitulation of the posts of York and Gloster. The General answered that only two hours would be allowed for him to send out his terms. He accordingly sent them out generally as follows, that the Garrisons should be prisoners of war, the German and British soldiers to be sent to England and Germany. The General answered on the 18th that the terms of sending the troops to England and Germany were inadmissible. Lord Cornwallis closed with all the terms except the same honors granted at Charlestown.

In a letter to Tilghman the following year, Washington's humor and admiration is apparent:

Till your letter of the 28th arrived which is the first from you and the only direct account of you since we departed at Philadelphia, we have various conjectures about you. Some thought you were dead—others that you were married—and all that you have forgot us. Your letter is not a more evident contradiction of the first and last of these suppositions than it is a tacit conformation of the second and as none can wish you greater success in the prosecution of the plan you are upon than I do...you have no friend who wishes more to see you than I do.

As the war formally ended with peace negotiations, Washington discussed the surrender of King George III with his trusted aide:

The obstinacy of the King and his unwillingness to acknowledge the independency of this country, I have ever considered as the greatest obstacles in the way of a peace. 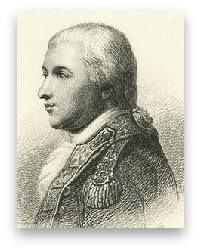 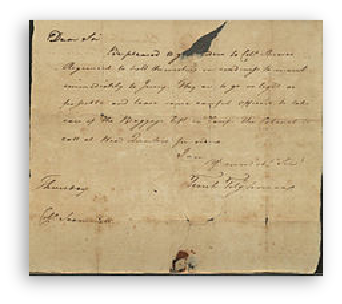 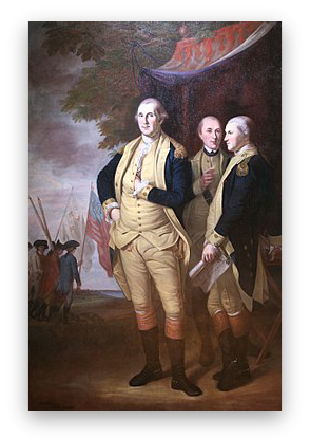 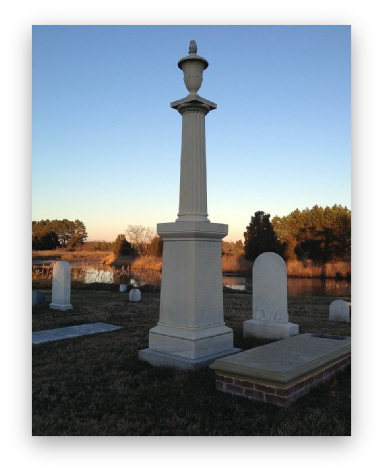 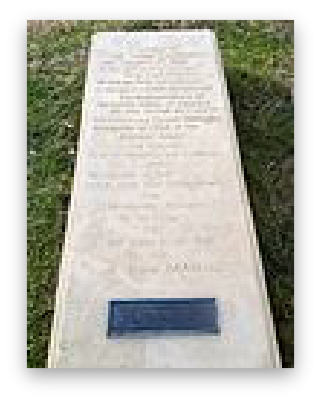 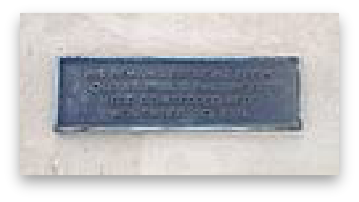