The Colonel Aquila Hall Chapter was first organized and chartered on September 10, 1920, primarily through the efforts of the Honorable James H. Preston of Baltimore and the Honorable Walter Preston of Bel Air. It was the first Chapter in the State of Maryland, but soon fell inactive.  Efforts by Armard V. Motsinger in 1968 to bring it back were unsuccessful.

In 1975 Col. James F. McClanahan rejuvenated the interest of the SAR in Harford County and on April 10, 1976 the Maryland Society, SAR certified the existence of the Chapter once again.  Formally, twenty-two Charter members met at the Red Fox Restaurant in Bel Air, Maryland on  November 6, 1976 and, with thirty-four guests, reformed the Chapter.  The Maryland Society Color Guard presented the Colors and President Carl F. Bessent addressed the assemblage and presented the Charter.

The Chapter namesake, Colonel Aquila Hall (1727-1779), was High Sheriff of Baltimore County, served in the Maryland House of Burgesses, and was the Colonel of the Upper Battalion of Harford County during the Revolutionary War. He was Chairman of the Committee that wrote and signed the famous Bush Declaration in March, 1775. Aquila Hall was one of the Lord Justices of Harford County and the most prominent and influential man of his time. His mansion, “Sophia’s Dairy,” built in 1768, still stands near Belcamp, Maryland. Col Aquila Hall died in 1779, and efforts recently to locate his grave have been unsuccessful.

The Chapter carries on the duties of the Sons of the American Revolution in Harford County. Each year they present the Bronze Good Citizenship Medal to outstanding high school students, and the Law Enforcement Medal to a member of the Harford County Sheriff’s Dept. Both programs have been successfully managed since 1978, primarily dues to the efforts of the Honorable William O. Carr, Wilford A. Councill, and Henry C. Peden, Jr. In fact, the Chapter initiated the practice of attending graduation ceremonies at the various schools. It has met with much success that other Chapters have adopted this procedure. 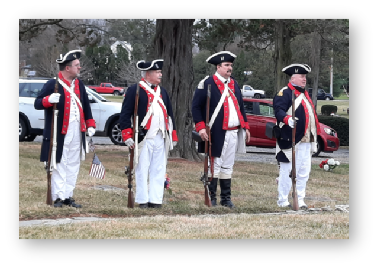